It went so well I've decided to make it a weekly themed event. 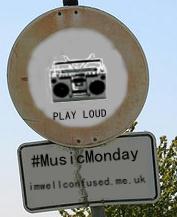 The first one is themed on Anger or Angry

For me, it has to be Unfinished Sympathy by massive attack. It's an angry song without shouting it from the rooftops. One i listen to when annoyed on the road

Now i've shared mine. Please share your angry song in the comments below
I'll make a mix-tape on soundcloud for everyone to listen to next week.