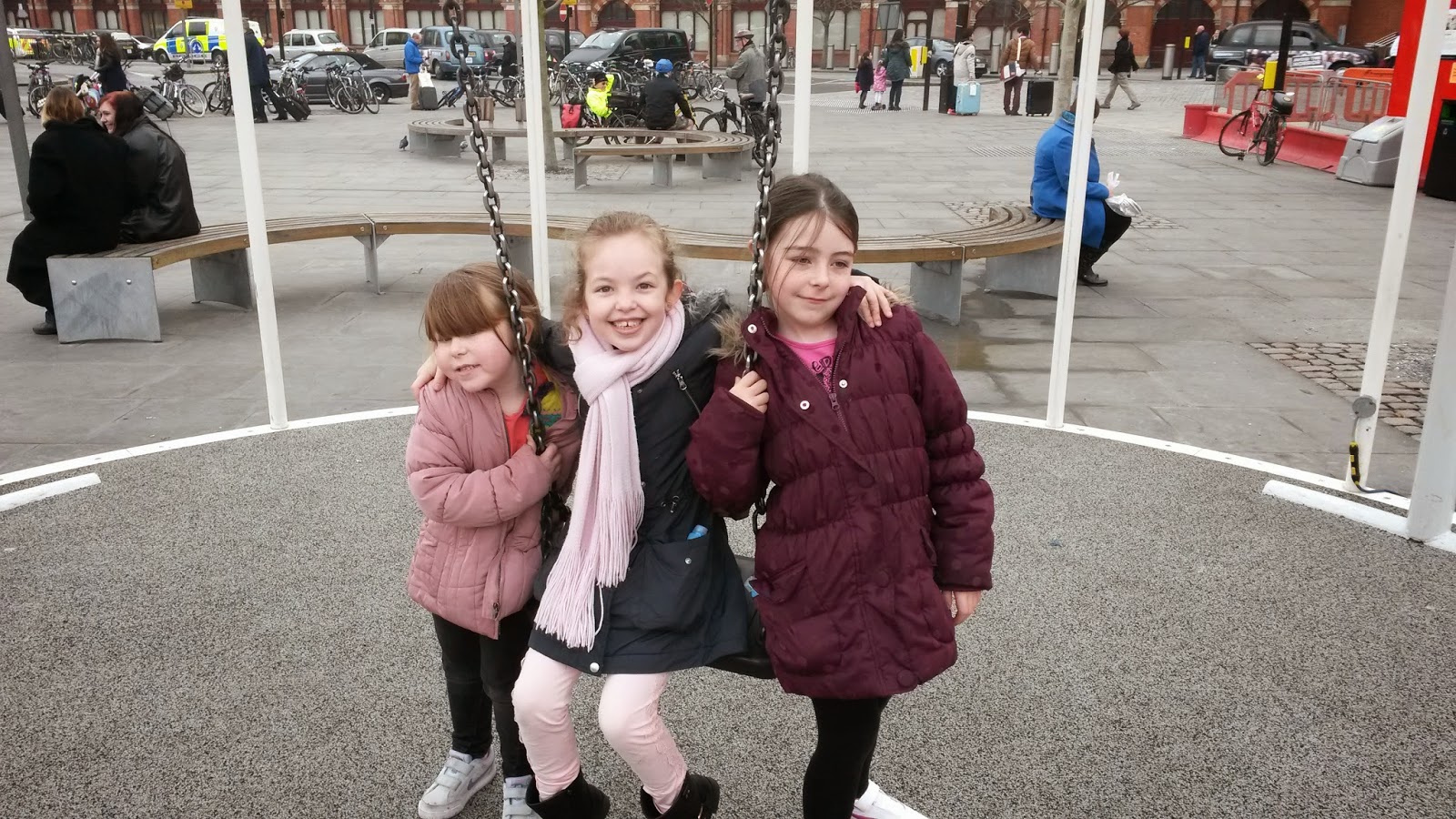 Last week me, the girls and their friend, L took on one of the busiest cycling events in London bar Critical mass. The London Bike Show 2015

We were promised a plethora of fun for all the family and I'm happy to say they didn't disappoint here, with the tied in nature of the London bike show and the Telegraph Outdoor Adventure and Travel Show it wasn't long before we got our bearings and worked our away around seeing where the day would take us, starting off at the British Triathlon Trust's stand, where the girls were spoilt with colouring in and a mini triathlon, with the girls pulling off some very impressive times for their ages.
While they tried to beat the clock I discovered a dancing goat - It was at this moment we knew we'd picked the right day to attend, as everyone working the event were ramping up the madness for the last day, you just knew.


It's time to test some toys, firstly the Islabike Bienn 20 and 24 small. L is less confident but jumped on and once she found her footing she took to it like a duck to water, similar to Lissy, who's looking for a new bike at the moment and seemed shocked that she needed a 20 inch bike compared to her 14 inch wheeled bike she currently rides. From here it was Daddies turn to test some Boxer Cycles utility trikes, mainly the Shuttle and the Rocket, I have to say I scream like a girl on the shuttle with the girls in the front, mainly down to how it steers on top of the power it has under the hood, suffice to say it's fast and fun.
Similarly the Rocket is a one stop mad transporter machine, pimped out for fast paced fun with uprated suspension, indicators, lights and horn to help keep you and your precious cargo safer. 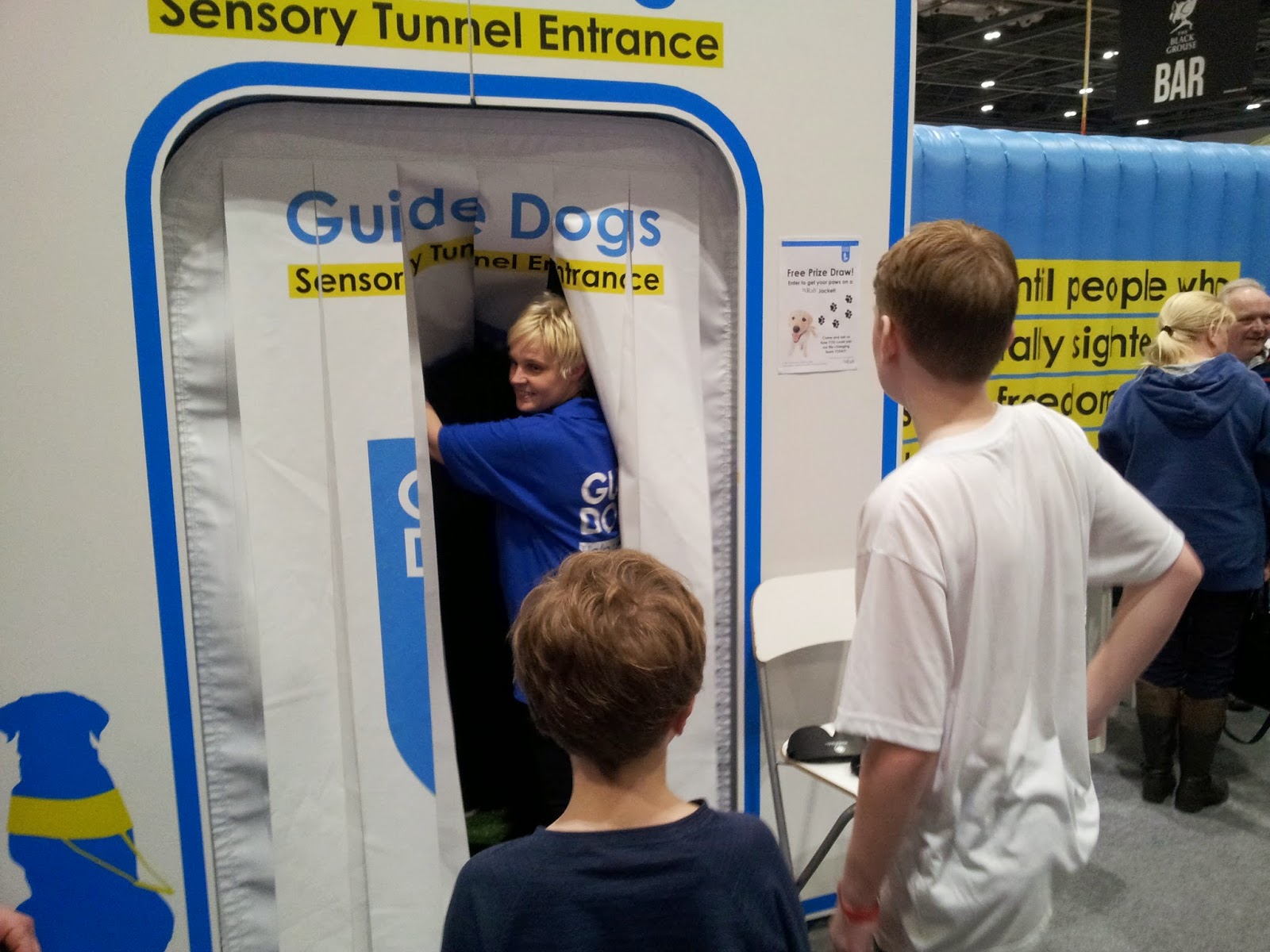 From here the children wanted more fun and thanks to activities from
SuperBloc, Guide dogs for the blind, DMR Bikes, and much more for them to see and do. Leaving the kids buzzing with anticipation for next year. From a parents point of view - An amazing day for the more active children, however if bringing two or more children I would suggest getting there for doors opening to get the best from the day.

Our video will be embedded here - once L's parents give us the ok to publish. I apologise about the screams and poor editing. It's taken ages to put together without crashing! 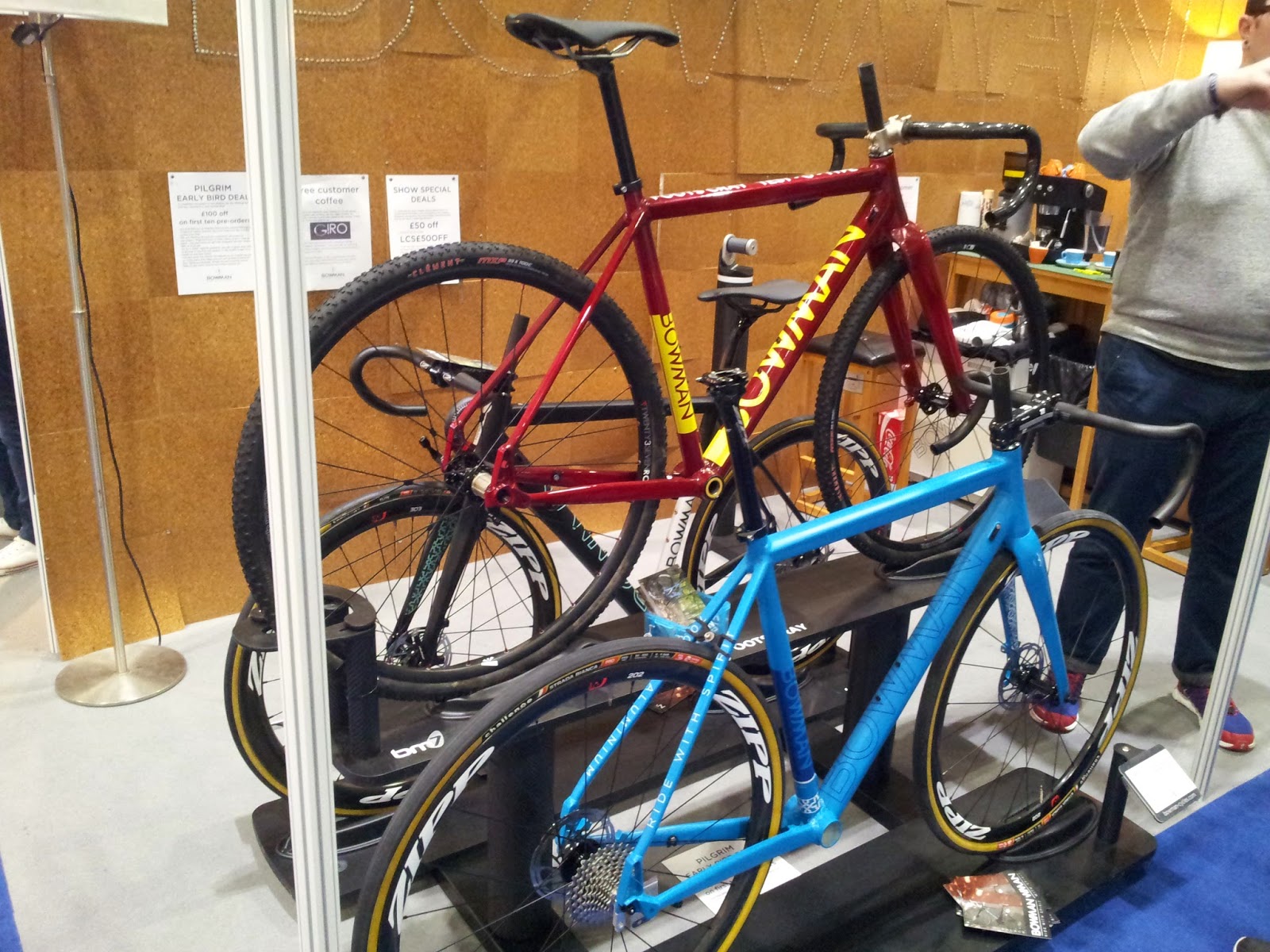 For the adult cyclist, outdoor fan and even the novice looking to get more from sport it's an ideal place to go, learn, try some of the years greatest feats in cycling so far and a key insight to future cycling trends. With Innovation from both companies and charities like See.Sense, CUDA Cycles, Raleigh, Rubena, Stolen Goat, RIDE EAT DRINK SLEEP, CTC, Sustrans, British Heart Foundation, British Triathlon Trust and many more too you could easily find anything you wanted to see and do in a relaxed atmosphere, something quite different compared to other major events I've been to in the past. While next year I'll try and take a day out to visit the 2016 show to get more photos and immerse greater in the sanctity of two wheeled greatness. both with and without the smalls. 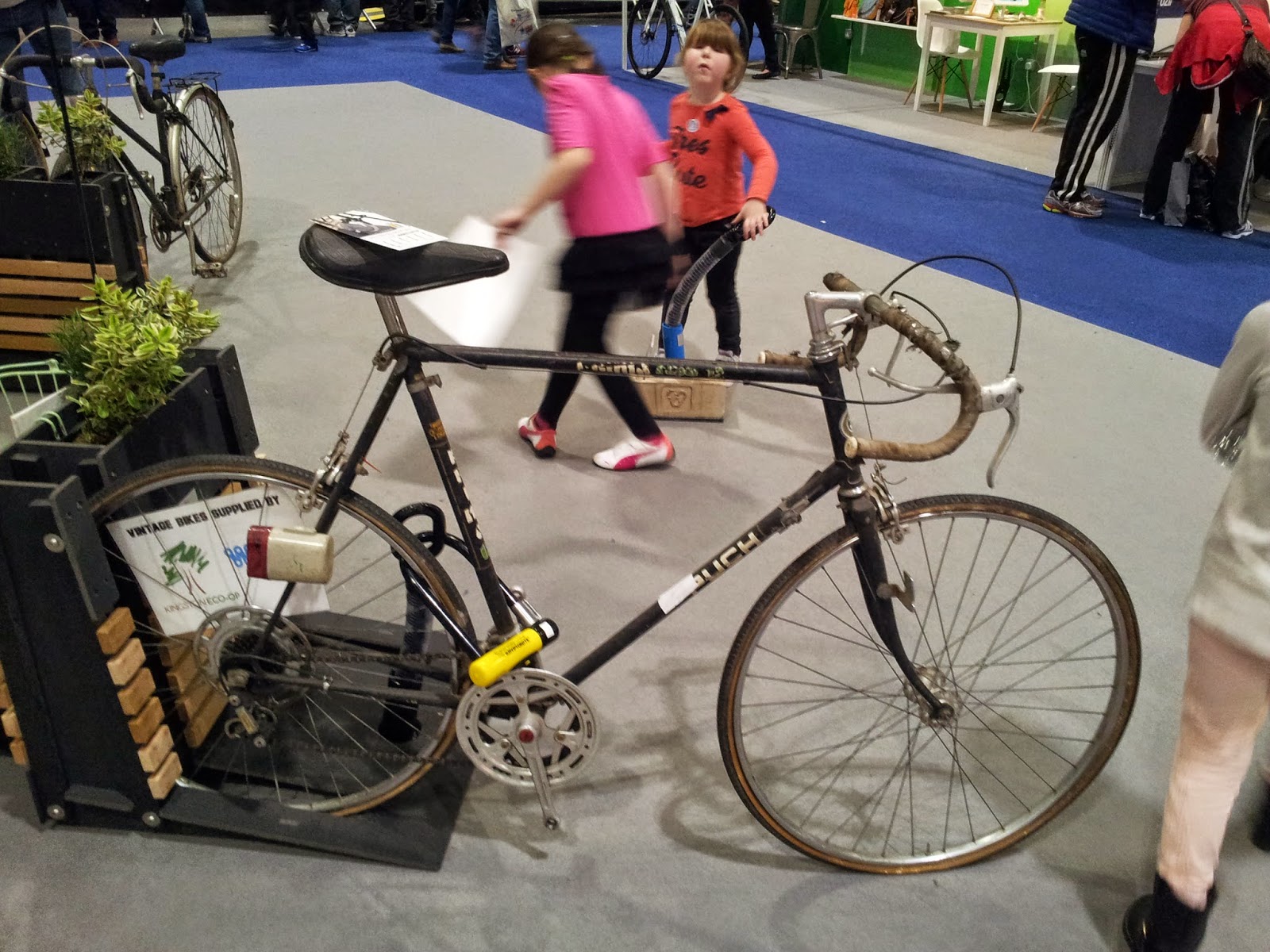 The final show from Action Sports Tour was so full of energy, people who were there throughout the event told me these guys were upping their game every day becoming more immense every time they bought the show to a close. Truth be told I missed the first part of the show but was fortunate to see the second half and the finale, these guys were amazing, kept the now slightly tired crowd pumped and you could see how hard they were pushing themselves for the finale and they pulled it off spectacularly! Hat's off to them! 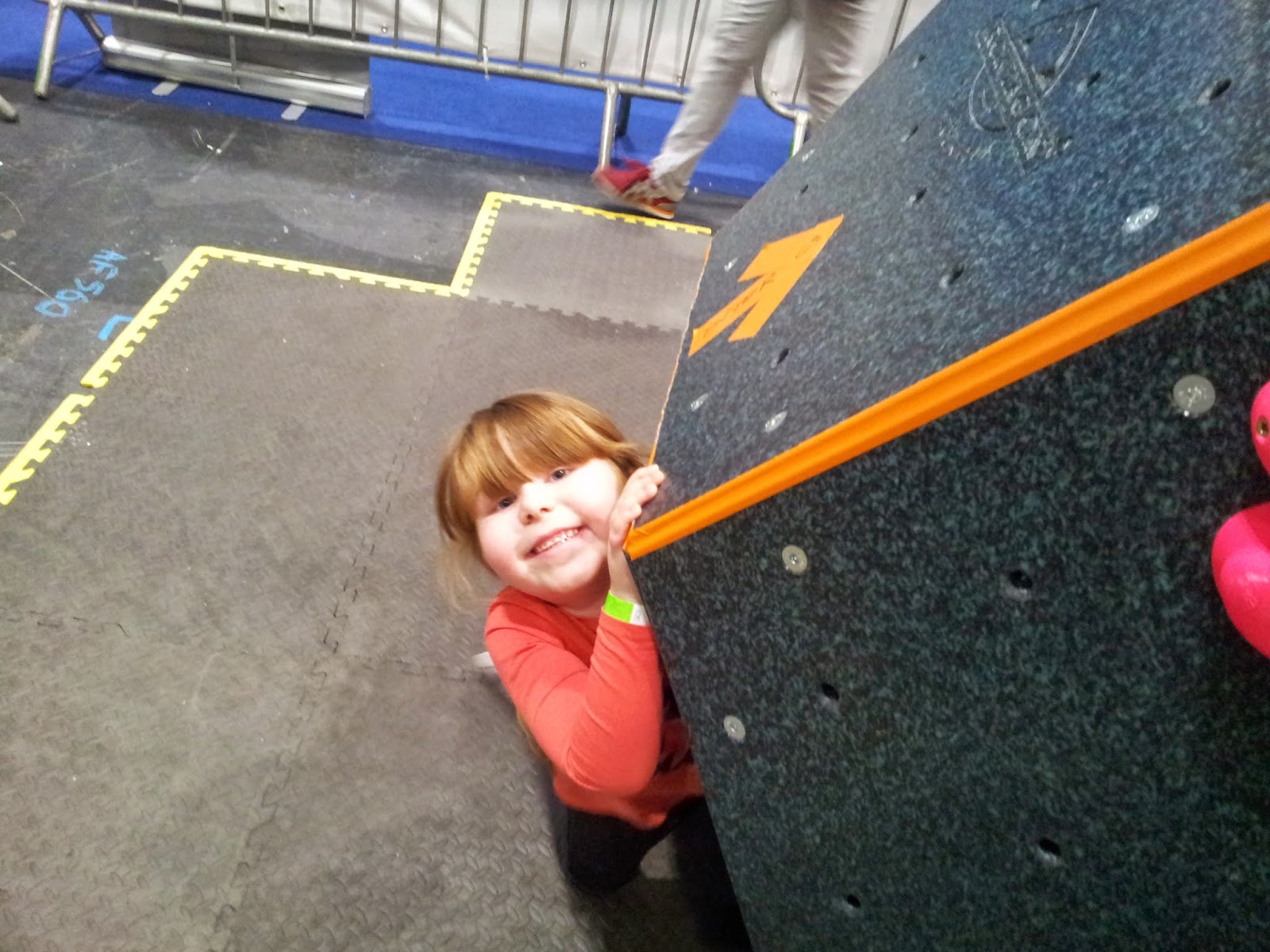 To wrap up - The 2015 London Bike show was an amazing event, tied in with the telegraph outdoor and adventure shows made it one of the most complete sports days out for everyone! I wholehartedly recommend going to the 2016 show from the 11th-14th Feb next year.


I must add extend a huge thank you to Steve Backshall from Cbbc's Deadly 60 for giving us a moment of his time while trying to relax with his family and at the same time sorry for disturbing you. We do appreciate it

What were your highlights of the London Bike Show 2015? Let us know and we'll add them to the post too!

Paul
Posted by imwellconfusedUK at 12:54