A #Wishlist of epic proportions Pt1

Wednesday I was invited to visit Amazon's Christmas Wishlist 2014 event to try out some of the latest, greatest and most anticipated Christmas gifts this year around the world. Little did I know I would be blown away by some of the things I'd see and wish I could sneak some of them home with me at that moment.

I won't lie my attraction to tech, cycling and a few things in-between pulled me to this event like a moth to a flame, including a few burning questions I had for the team at Amazon Instant Video and got the chance to put them direct to the marketing director Russell Morris! I must say he's a proper gent who took time out to listen to a concern I have with Instant Video, to discover it was already being addressed already by his team with a fix coming very soon. It was a refreshing to see a company listen to customers in this respect especially as the issue may not be as documented as I originally thought. That said I'll be focusing on Amazon Services in a separate blogpost as to someone who's not even used a kindle the list is enormous not mentioning the recent new additions to the Prime name so want to talk about these properly.

The whole event was choc full of amazing products, despite me wanting to spend all day at with the gadget and electronic goodness it would have been unfair to do so and with everything under one roof you could easily be forgiven for losing track of time here and I must admit I did lose track of time, barely making to school run on time, thanks to some train and bus ninja skills.

I won't lie I fell in love with a many things I saw but these are the things that caught my eye and screamed BUY ME NOW!!!!!!!!! So consider these my wishlist. Oh TheJess - keep eyes peeled! I have also applied to loan some of these amazing items for review too, with this means more videos and posts - YAYS! 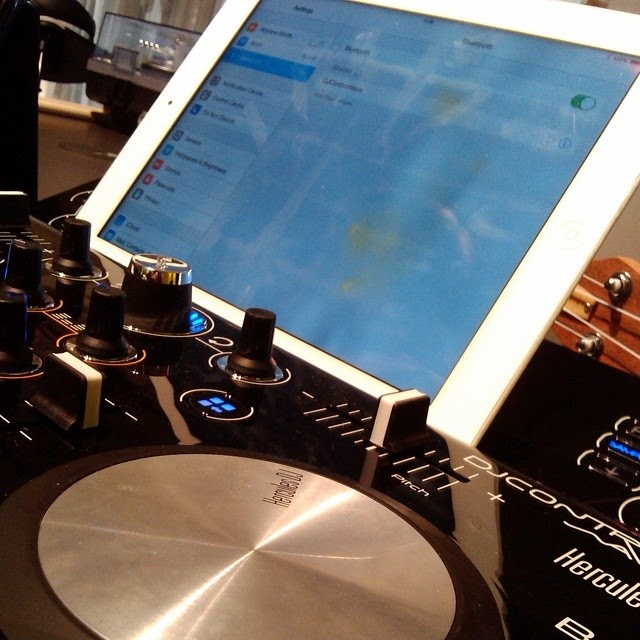 Seeing as the tour begins in the electronics area let's begin with the the Hercules DJControlWave.
This is a Bluetooth enabled mixing deck for the iPad, and possibly other devices, I forgot to ask. It's very solidly constructed and worked well with the bundled software once paired to my somewhat battered tablet worked well. The free software bundled with it does a good job of laying down your beats, even if it's aimed in the middle of both learners and intermediate users. However it's downside is the lack of third party app support, which concerns me that for the price it could miss out especially with the WEGO 2 at a similar price point and third party app support, I only hope Hercules consider changing this as for some it would be a deal breaker.
From a hands on perspective I'm hoping to see if we can borrow one for a fortnight to review and bung a mix or two onto youtube for you all! 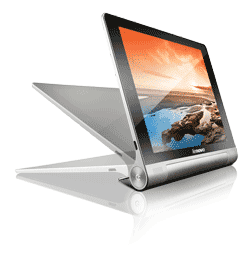 Next to get me excited under the collar was the Lenovo Yoga 10 tablet, I've had my eye on this for a while and plan to save and buy one now the ipad is dying on me slowly and for ease of use an android tablet would be easier to deal with, especially when utilising my Google calendar and other useful tools which help my day to day life run that smidge smoother (stop laughing) With it's 10 inch HD screen, large storage and enormous battery life of 18 hours and multiple modes and attachments available from launch day it sounds like it could be an ideal contender to apple's offerings without the ultra high price point. It's something I'll be happy to buy in the future. 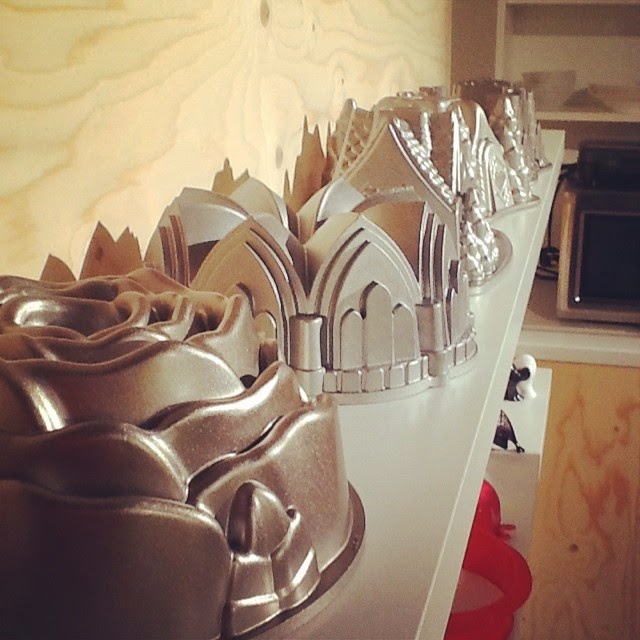 While walking through I wandered through the kitchenware display, my cake baking senses went haywire when I fell in love with discovered these cake tins from Nordic Ware came into view. While I could not bake a cake in the middle of London the weight of these and choice of elegant designs are perfect for any occasions, from birthday parties to celebrations to those entirely random I WANT CAKE moments we all get here in the land of hooker1uk and these are the tins to make them in. Equally impressive was the Lékué bread maker silicone tin. This daddy's house will be full of the sweet smell of win while baking lots of bread and cake goodness if I get my way!
The Oracle coffee machine by Sage also got my attention, but as a tea drinker I'll leave that be for now. 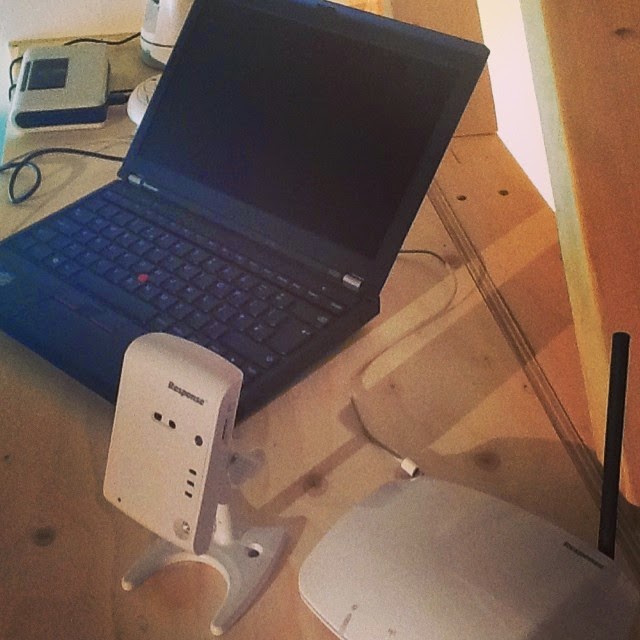 Next on my travels I backtracked to Home automation.
There is a running joke in our house that when we move home will use more bandwidth than the people residing there. As bold a statement this is. the way it's going it's going to be true when I do implement  automation and security tools to help us save energy and protect my family and the walls we live in. Some of the devices shown were to me not important, for some they would be amazing due to their plug and play nature. However I'd prefer to be able to make everything work for the whole family which the HomeWizard HW-Amazon Exclusive Home Automation Kit can do with ease, with some of the additional hardware available this system can work side by side with the tiny computer all geeks love, none other than the Raspberry Pii
With inter-operable components and a good layer of compatibility I could see home automation becoming a more desirable thing in the near future. I actually plan using a dedicated system that can work with other devices and code when we move to ensure we can keep our future castle locked up and safe as best as possible! 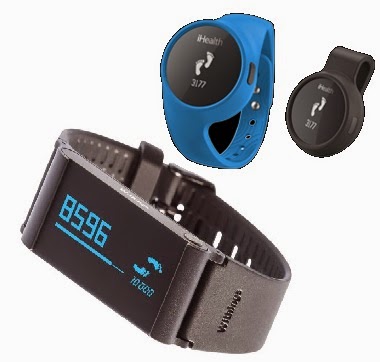 After playing with a Raspberry Pi I took a walk around to the sport and fitness area, I'm looking to integrate wearable technologies into the new bikefit project we've got planned with local groups over the oncoming months and also to invest in a seperate bike just for training too, no trailers on this one just pure training for Balls Of Steel 2015! so tracking progress and being able to use this information to smash goals and be able to help others who join my project can also benefit too. time constraints meant I didn't get chance for a play with smart watches or fitness bands but did notice the Withings Pulse O2 Activity, Sleep, Heart Rate and SPO2 Tracker and the iHealth activity and sleep tracker. They are both compatible with for iOS and Android as good rounded bits of kit with many features the average user would love to use. There were a slue of android smart watches like the Sony SmartWatch 2 which could be fun to own, but for now practicality is more important to me right now. 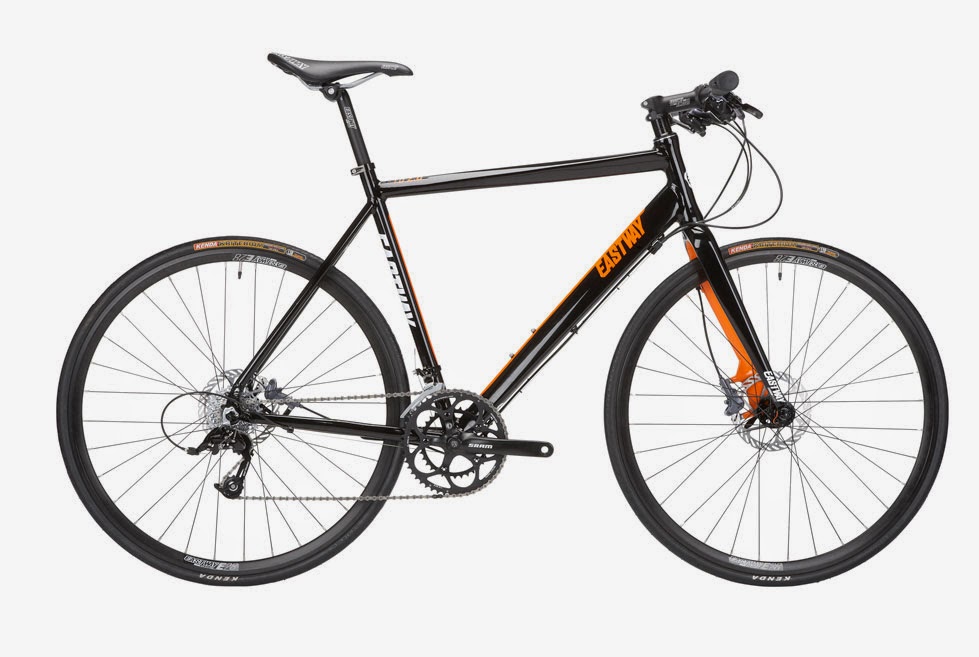 I won't lie, I walked away from these purely as I'm looking for another singlespeed or 3 speed hub ride to make my own, but the Eastway FB 2.0 Alloy flat bar bike growled at me, while it could have been a toy behind me, I saw naughty potential in this bike, Especially when we've got a (dead) Naughtybike, retired Grumpybike and this could be our Evilbike. I wonder how it would pull the trailers?
These bikes were designed for city roads and can take a severe pounding on those less loved roads, something all cyclists wish our rides could deal with more. 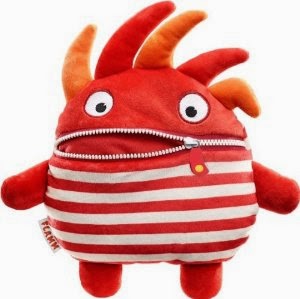 I know the girls have their own wishlist as long as the m25 but with some things in life are a certainty worry is one of them but the Flamm Worry Eater is a beautiful idea to help children gobble their worries up. It's to me a simple idea but one that could work so, so well especially for those who worry or children with autism. It could benefit a wide range of children. I've mentioned on here that a few items are in my to buy list, and many will be money permitting, but this will be a buy purely to help the girls as they seem to be taking change a bit weirdly. Especially the change from early years at school to year one or year one to year two changes.

Here are some of the other amazing things that caught my attention through the event. Time got the better of me so I didn't get much playtime so I'll leave the reviews on these for now, but I'm hoping to get some hands on time with some of these amazing in the near future. 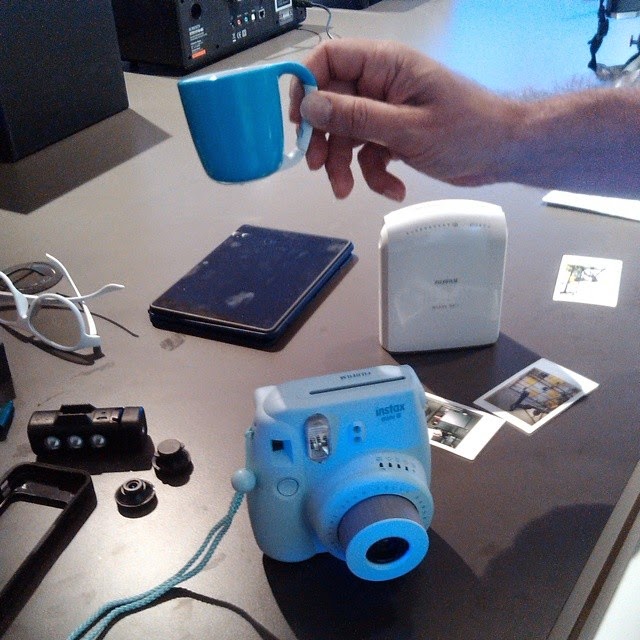 While I'd love to talk about more goodness right now I've got to get on with the Amazon services, including a review of many services Amazon have to offer now and in the future (Kindle Unlimited FTW)

If there is anything you'd like to see on the list reviewed I'll try my best to do these,
Paul!

Posted by imwellconfusedUK at 13:09