What makes the perfect Dad?

Today is special, I'm publishing this post from a hotel room in london just in case I don't get the chance tomorrow morning, as I'll be in a radio studio tomorrow morning talking with stations around the UK and Ireland about being a dad thanks to the lovely people at Burts Potato Chips and their yummy goodness!

The guys and gals at Burts were wondering how we can all be the perfect dad's. I've got an easy way to do that, ask the kids. If come out with the cute "you're the best daddy ever" or "you've got a big belly" or similar, in my eyes you've pretty much cracked it! Yes you can forget the cringe worthy dancing, the bad jokes and being a bank that never closes, all you need to do to be the perfect modern father is to always be there when needed in a crisis, give great life advice and cheer up your children when they’re down.

With Father’s Day just around the corner a study by Burts Potato Chips has revealed the top attributes that combine to make the best dad. Being able to help out with DIY in the house (43 per cent), give good financial advice (38 per cent) and give a great hug (28 per cent) also ranked highly on what makes the perfect dad.
When it comes to gifts, dads aren't demanding with less than half (42 per cent including myself) not expecting a Father’s Day present, a third (36 per cent) stating that the best Father’s Day present they received was something made by their child and a quarter (26 per cent including me) valuing time spent with their children on Father’s Day as the most important gift they could be given.

On speaking to Leane Bramhall, the Marketing Director at Burts Potato Chips she tells me “Our research found that 43 per cent of us feel that our dads rarely treat themselves, instead opting to treat the family more. Father’s Day is a perfect opportunity to give som
ething back and show them our gratitude.“

With more than a third of us (38 per cent) resorting to the same, boring presents each year and struggling to know what to buy, it seems however that we are giving them less and less thought when it comes to saying ‘Thank you’. What’s more, a staggering 10 per cent don’t even buy their Dad a present or a card – twice as many as those who don’t give their mother a card or present for Mother’s Day.

Leane continues: “We rely on our Dads for more than we give them credit for and with the research revealing that they often get overlooked, something as simple as quality family time together can make a huge difference. This year we are encouraging Brits to make the extra effort and show their appreciation.“

Stuck on how to celebrate fathers day this year, well how about the chance to win a deliciously epic supply of potato chips and a new TV thanks to Burts Potato Chips?

In the run up to Father’s Day, Burts Potato Chips are asking people to submit a photo of their dad, through their Facebook page www.facebook.com/BurtsChips, captioned with why they are #BurtsBestDad for a chance to win a year’s supply of Burts Chips and a state-of-the-art TV from Finlux.

I can't enter the competition as I'm representing Burts Potato Chips with this post but thought I would ask TheJess to chat with the girls while I'm in London what they love about their dad and this is what they thought.

"Daddy makes yummy dinner and gives great cuddles and loves making me laugh with tickles. We love playing in the woods with daddy and making treetents. And daddy makes the bestest pancakes ever" Roll on Sunday 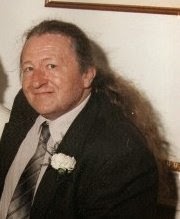 While I stop blushing I'll tell you a little about what i think about my father too!

What Can I say about my old man, he wasn't the best judge of things and pretty stuborn but at times made up for his quirks with his skills behind the wheel of a truck, be it a DAF3300 ATI, Volvo F12, DxxxBEG, the limiter destroying Foden, you knew how to throw a truck around better than many and while not perfect you made a huge first step to smooth things over with us in the week you passed. so all I can say is thanks!


Posted by imwellconfusedUK at 04:08